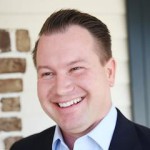 [dropcaps type='square' color='#ffffff' background_color='#e04646' border_color='']I[/dropcaps]n many organizations, hyperconvergence remains one of those topics that is either unknown or that carries with it a level of wariness since it doesn’t look and feel like traditional enterprise data center gear. IT organizations of all sizes are necessarily cautious when it comes to new ways of doing business, particularly when those new methods are disruptive to the existing environment.

That’s why many of the name brands in technology have such staying power. They are trusted; they are reliable. You’ve probably heard the phrase, “Nobody ever got fired for buying IBM.” That phrase epitomizes how many people view the IT environment. Risk is unacceptable.

However, every day, there are new trends in data center technology that need to be considered lest an IT organization find itself woefully behind the times and unable to appropriately support the business as a result. One trend that has hit the market with a storm in recent years is hyperconvergence, a trend that was given a huge shot in the arm when VMware threw itself into the ring with EVO: RAIL.

Hyperconvergence is the union of – at a minimum – the compute/server and storage resources into a single appliance with local storage. As new resources are needed, new appliances are added. The resulting cluster has its own distributed file system and each of the appliances communicate with the rest of the cluster nodes using just a 10 Gb Ethernet connection. Hyperconvergence brings to the data center a Lego-like architectural construct that has the potential – if leveraged correctly – to reimagine the data center. However, hyperconvergence today often relies on the use of servers based on commodity hardware. Although there are economies to be enjoyed when using what amounts to white box hardware and even though the software layer in a hyperconverged architecture works around hardware failures, there is still the matter of reliance on what is sometimes considered untrusted hardware.

Cisco UCS & Simplivity: Opening the Door to the Large Enterprise

As mentioned before, there’s the pesky fact that IT organizations simply don’t like change in their core services, especially when that change might mean moving away from a trusted vendor. Today, while IBM may not be the player it once was, other companies have become the IBMs of today. One of these is Cisco. It’s a household name and over the years, the company has established itself as the undisputed leader in networking and is cementing itself as a server behemoth, too.

SimpliVity is one such vendor in the hyperconvergence space. From the very beginning, SimpliVity’s software stack has been built to be hardware-agnostic. Until mid-2014, the company sold its software only on its own commodity hardware. At VMworld 2014, SimpliVity announced that it has inked a deal with Cisco to distribute the SimpliVity software stack and accelerator card bundled with Cisco UCS blade servers. With the Cisco announcement, companies that might have questioned either the hyperconvergence trend or the use of commodity hardware can now look to a trusted partner – Cisco – to help them make sure that their data center is run using hardware that, for them, is a comfortable choice.

In the bigger picture, expect to see more of these kinds of partnerships for SimpliVity. It’s a move that really makes sense and has been in the works since the company’s inception. At its core, SimpliVity is a software company, with a little bit of hardware – an accelerator card – thrown in for good measure. The use of commodity hardware as a part of the SimpliVity solution to date has helped the company grow in a way that I’m not sure a software-only play would have performed a couple of years ago when SimpliVity came to market. Cisco is a good first partnership for SimpliVity and helps to cement the enterprise credibility of the solution.

Other companies in the hyperconvergence space are writing similar deals with other server vendors. Nutanix, for example, is now available on Dell servers directly from Dell whereas the solution was available only on Nutanix’s own (commodity) hardware previously. Given that Nutanix is also a software company, such deals are hardly surprising and the market should expect to see many more such announcements.