Hyperconverged Infrastructure and Private Cloud: What You Need to Know 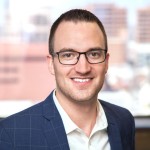 The IT community loves buzzwords. And one of the chief buzzwords that’s been floating around for the last several years is “cloud computing” (or is that a buzz phrase?).

And even though cloud computing still holds a lot of cachet as a buzzword, it’s increasingly fragmented into three primary implementation architectures:

It’s crucial for businesses to learn the differences in these setups before deciding which one to choose. Then, having chosen one, it’s just as important to learn how to implement the cloud solution properly.

That leads to the second buzzword: hyperconverged infrastructure, or HCI. The idea of HCI is newer than that of clouds, but it’s no less hot today. Since HCI is a simple, cost-effective way to build clouds, it has a role in all three types of cloud implementations.

This article will cover one way a company may test the cloud computing waters, which is to set up a private cloud (other posts will cover hybrid and public clouds). Private clouds offer the same type of self-service capability as hybrid and public clouds, but the infrastructure -- servers, storage, networking, etc. -- is housed on-premises rather than in someone else’s data center.

This scenario is a perfect fit for HCI. Rather than setting up the “pieces” of the infrastructure and orchestrating them to work together, simply plug the appliance into a rack, turn it on, and you can be ready to go in an hour or less.

That means there is no hypervisor to configure, no coordinating virtual machines (VMs) and storage, no siloing of servers. Everything just works together, and at a lower cost.

Need to ramp up? No problem. In a public cloud, you’d simply provision more storage or compute resources, and all the magic of adding VMs and carving out more disk space happens automatically. For private clouds, HCI offers the same ease of scaling. Plug in another node, tell it to join the existing cluster, and off you go.

There are those who will dig in and tell you that private clouds are inferior to hybrid or public clouds in all situations. But HCI offers private cloud benefits that simply aren’t available in the other types of clouds.

The first is control. Since you own the stack, your mission-critical data isn’t sitting offsite, managed by a third party you may not know all that well. If it’s your infrastructure, your admins will know it intimately. They will know its tendencies and its strengths and weaknesses. They will often be able to respond to issues more quickly and efficiently, since they work with it every day.

There are many situations as well where you can’t have your data in someone else’s hands due to federal requirements. Having your HCI-based private cloud provides the kind of security that just isn’t available in a public cloud; the kind that may be mandated.

Cost is another factor. Although it may be counter-intuitive -- after all, isn’t it cheaper to let someone else buy all the hardware and software? -- this is often not the case. Managing costs in a public cloud can be a full-time job in itself. Provisioning just the right amount of capacity is a delicate balancing act, and getting it wrong can be very expensive.

With your HCI on-premises, those worries go away. Sure, you still have to be careful about provisioning, but making a mistake won’t cost you a bundle. And costs are more predictable, since scaling up is as simple as adding a node. You’re also not at the mercy of public cloud pricing. Providers charge a premium for their services, and you have no control over what they charge; you just have to pay.

As you can see, public cloud isn’t the no-brainer you may have thought. It definitely has advantages, but there are drawbacks as well. For many, private cloud may be the right choice, especially given the inherent benefits that HCI brings to the table. Consider your options carefully.