Why Hyperconverged Infrastructure Will Remain Relevant 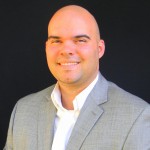 Hyperconverged Infrastructure (HCI) has seen massive growth in the past 10 years, with much of its increased adoption happening in the last five years. While 10 years doesn’t seem like much time in the grand scheme of things, in the IT community, it is an eternity. Technology changes at a rapid pace, and for any single type of technology to have such sustained success is quite an accomplishment. With the speed at which IT changes, just when you get used to one method of accomplishing something, a newer, shinier method comes along. However, HCI has been able to stay current thus far. Even in the face of cloud infrastructure becoming prevalent, HCI is still a very solid option for architecture in both hybrid and private cloud designs. So why will HCI remain relevant? Let’s look at the other types of architecture and how HCI compares.

With the traditional model, a team of administrators are required to manage the many different aspects that live within the rack. That usually requires a storage pro, a network pro, a virtualization pro, and a Windows or Linux pro. This creates the dreaded silo, the segregation of each team and their respective duties. With HCI, you can avoid this situation altogether, and that’s a win! HCI combines storage, compute and networking all in the same solution. Keep in mind, though, than an HCI administrator must understand every aspect of the stack in order to effectively manage the solution.

Converged infrastructure (CI) came into existence before HCI, and began to change what we thought about the traditional model. CI introduced us to vendors who package compute, storage, networking and virtualization into a single large chassis.

This approach has a two-fold advantage: first, the need to rely on multiple siloed teams to manage every technology in the rack disappeared; and second, it became much easier to scale as needed. With this infrastructure model, the systems administrator needs to know about server operating systems, networking, virtualization and storage, and how they all interact within a single chassis. Here we see how HCI trumps CI by not being tied down to a specific set of hardware or a single vendor.

Some may wonder if HCI will remain relevant in our fast-moving technology field. Will it be a thing of the past as more and more organizations move to the cloud? There are three or four major cloud hosting companies in the market today that are fairly competitive, although Amazon Web Services (AWS) clearly stands head and shoulders over the rest at present.

Some programs, such as FEDRAMP, make it easier for the government to feel warm and fuzzy about the cloud. With most of the cloud companies making it very easy to transition private workloads to the cloud, it’s hard not to argue HCI might be a thing of the past eventually.

There used to be a focus on hybrid cloud architecture, with some of your workload being in the cloud while the rest was held in an on-premises datacenter or private cloud, but this trend is changing. Organizations are starting to move more workloads into the public cloud and develop more cloud-native workloads, but this isn’t the norm. I predict HCI will remain relevant because it’s still the best choice from a cost and management perspective with an on-premises data center, which still accounts for the vast majority of companies.

More HCI, and more choice is the answer to the question. While one or two companies own the majority of the HCI market share, I believe we’ll see many more choices in the near future and more growth overall in the HCI marketspace.

HCI will remain relevant for two main reasons. First, HCI gives you the flexibility to run on commodity hardware, which easily beats the cloud in terms of cost. The cost of adding RAM, CPU and bandwidth usage really adds up, and continues to add up as your company grows. Now, of course, you’ll have growth-related costs with on-premises HCI, but it won’t be nearly as much as the cloud cost model.

Secondly, deploying HCI equals the death of siloes. Traditional infrastructure creates a situation where administrators and functions are broken up in to siloes, and per security best practices, you face the issue of “least privilege” when it comes to managing the infrastructure. CI, on the other hand, removes the need for siloes but leaves you tied down to a specific hardware vendor. HCI removes the need for siloed teams and unifies the management of the solution into one team. It also gives you the flexibility to scale as needed and deploy on commodity or OEM hardware. If you haven’t interacted with HCI in some form or fashion yet, I guarantee you will at some point in the near future.